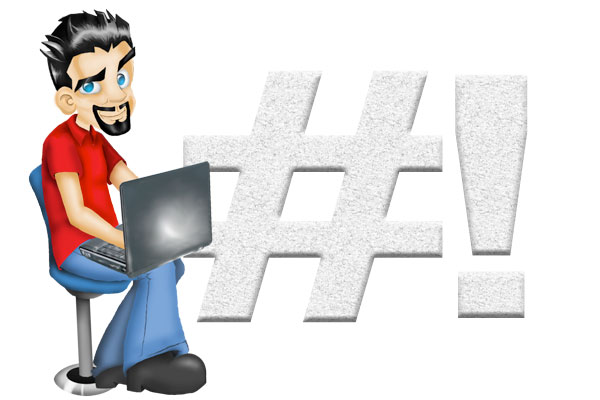 Known as a a shebang or a bang line, this is just the characters at the very start of a Linux script. It is simply a hash or number sign followed by an exclamation point character (#!). This is then followed by the full path to the interpreter, for example /bin/bash

Think of it as a necessary code mark that tells the system the absolute path to the Bash interpreter and you’ll not have a problem.

More info on how to use and execute Linux scripts here