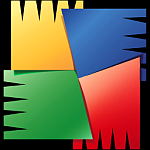 OK, let’s look at what the differences are in the versions of AVG antivirus.  First off, the free version has EXACTLY THE SAME virus and spyware scanning detection and removal as its paid-for counterpart.  The difference lies in the added extras.  Here’s what you currently get with the free version:

What you don’t get that the paid for AVG Antivirus gives you:

And finally what the AVG Internet Security suite gives you over the other 2 above:

AVG will guide you towards the paid version when you try to download the installation program.  In fairness, this is how they make their money so they can’t be criticised for that.  The ‘trial’ version is simply a version of the full product which will expire after 30 days so if you are looking for a free solution then it’s not the one you want.  However, if you have already installed the trial version and wanted the free one, this can be swapped over easily as of version 9.0, read on…..

If you have installed the TRIAL version by accident (not the free version) then there is an easy way to convert it to the free version.  Go to your Start menu, click on All Programs and navigate to the AVG folder (this may be called AVG 9.0).  Click on it and then click on ‘Uninstall AVG’.  Follow the prompts as though you are going to uninstall then you should see a dialogue box saying that you can turn it into the free version.  Let the program do this and enable the Windows firewall when prompted (this is important as the free version has no firewall).

With paid antivirus and internet security packages you do get more bells and whistles, but for a good, stable, solid performing antivirus with built-in antispyware for zero money, AVG free really can’t be beaten.

For paid antivirus, we regularly run testing here at PCRMB towers, so check what is currently the cream of the antivirus crop and see how it compares against your current solution.

There are lots of tasty new features in the Malwarebytes Anti-Malware version 1.7 update, not least of which is the dropping of that crusty old ‘M’ logo. Always looked a bit cheap and nasty to me, nice to see it changed at last. Under the hood there are some important changes so I’ll list them here:

Some nice improvements:
•   Heuristics for detecting new and unknown threats improved
•   Scanner efficiency improved
•   Microsoft Windows 8 and Internet Explorer 10 now identified correctly in scan logs
•   Help file updated to include information on new features
•   Better compatibility with many other security products in realtime (this is much needed, thanks guys)

Here is a screenshot of the improved tools area: 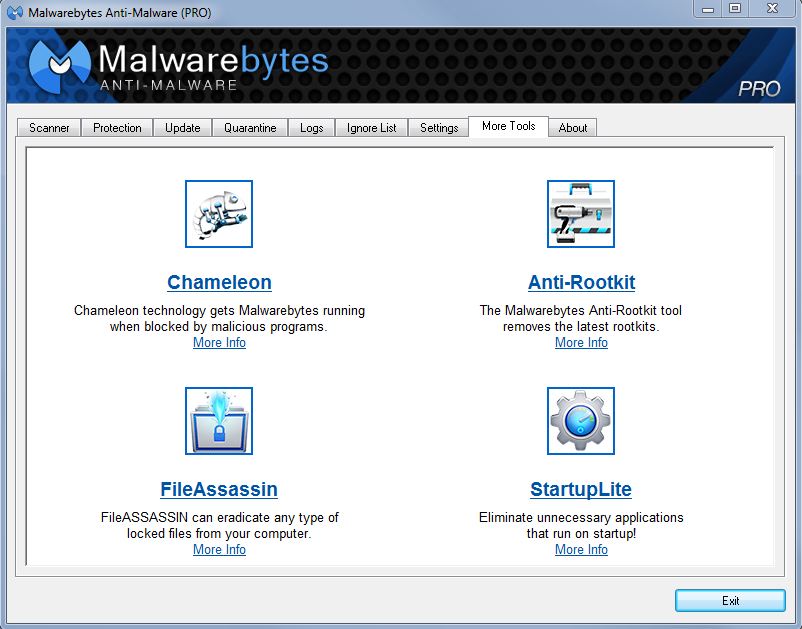 All in all, a decent update from what is still the best anti-malware out there. Buy the MalwareBytes Anti-Malware Pro version at the best price here

Many people are finding that MalwareBytes cannot schedule scans using limited user accounts. Well this is not completely accurate as it can be done but it’s a little convoluted.  Imagine the scenario where you have an administrator account and one or more limited accounts setup. This is very common in households with kids (or flippin’ well should be anyway!).

You’ll need to logon as an administrator and do the following:

Be aware that while scans can run from the limited account, they will not have admin privileges. This means that there is a drastic limit as to what can be removed as the limited account can’t access things like system folders and HKLM registry hive branches etc.

When you want to uninstall Kaspersky Internet Security, Pure or Antivirus from your PC, sometimes remnants of the installation get left behind.  It is good practice to run a removal tool to clean up the areas of the registry and hard drive that contain traces of Kaspersky.

There is a little-known tool that can help you to do this.  Right click the link below and save it to your PC. Copy it to the problem PC’s desktop (by USB pen drive if required) and run it from there.

I would then suggest a reboot and a registry clean with the free Ccleaner. As you can see from my screenshot below, even after the Kaspersky removal tool has been run, there are a few legacy registry entries left in there. Click to enlarge if you want to see the entries (then hit your browser back button to return to this post). 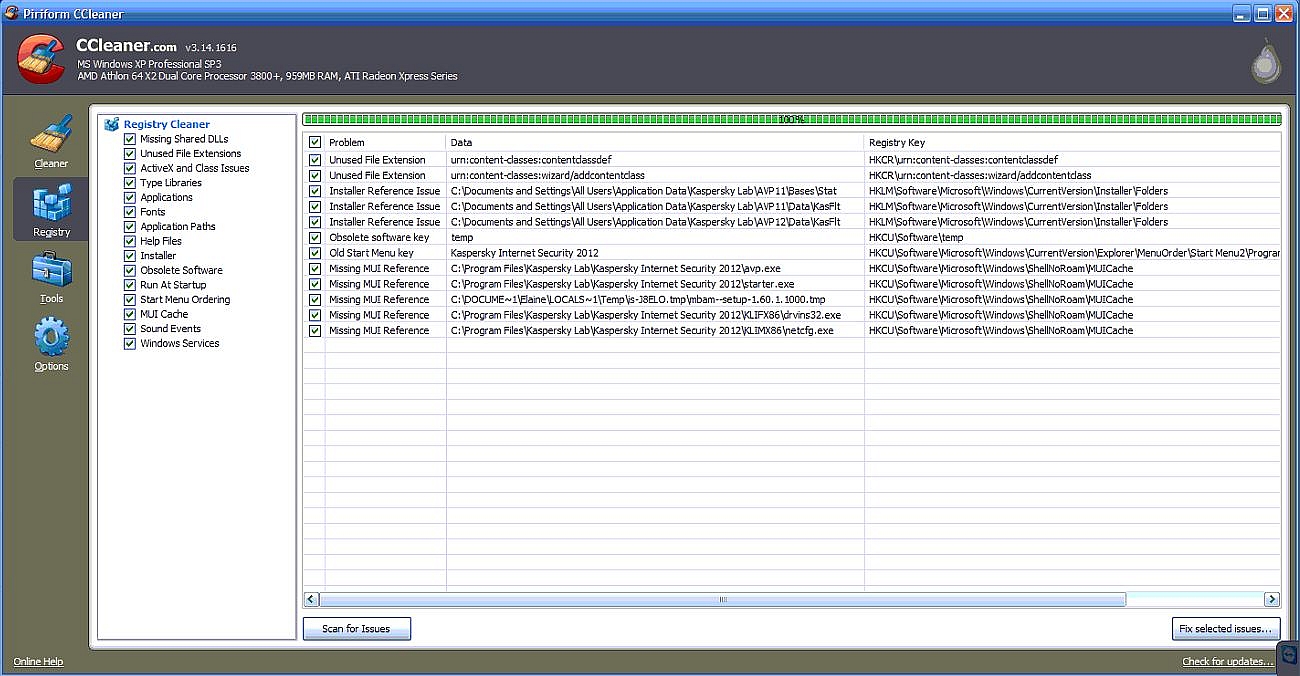 After that, another fresh restart and a reinstall of Kaspersky should see your PC back to normal. If you need to renew Kaspersky at the cheapest price, see my articles here:

You have a problem where AVG antivirus is prompting you to upgrade all the time.

What has probably happened here is that you have installed the wrong version.  You wanted free and you installed the trial version.

AVG does try to ‘direct’ you towards the full product as a trial version.  The free version is generally cleverly made less accessible on their website.  Remember though, this is a free product and offers the same scanning and detection capabilities as the full version so they are doing you a favour by giving it away.  You can’t blame them for wanting to make some money!

This article is primarily a Panda Cloud Antivirus review, but let’s start by examining the need for a lightweight antivirus.

Well, the ubiquitous market leader AVG Antivirus has gained some weight in its 2012 incarnation. So much so that it now brings many lower-specced PCs to their knees.  Running AVG on our test rig (a Dell 3.0GHz Pentium 4 with 512MB of RAM) we saw an unusable PC with pretty dire start-up times. Removing AVG shaved nearly 3 minutes from the startup time! Not good. The older version had been a step in the wrong direction too in my eyes, with added bloat and heavily foisted registry cleaners.

So many loyal AVG users should look to a newer antivirus, with a lighter framework.  Enter the ‘cloud’ antivirus offering from Panda Security. There have been other manufacturers of antivirus products that utilised the cloud but, to date, none as capable as this.

Installation is a breeze with the install program weighing in at less than 700kB. It took just 50 seconds to install on our Dell Windows XP test PC.

It was nice to see that the right click functionality is there – you can scan a folder or file for viruses ‘on demand’ rather than do a full scan every time. On opening the main program window via a double click on the panda icon in the system tray – you can immediately see whether you have any issues with the industry-standard big red or big green indicator. Panda’s interface offers a built-in reporting feature that will show you what threats were found and dealt with on your PC. A discreet ‘gear’ icon allows you to further explore the Panda Cloud Antivirus options.

You can select both Quick and Custom Scans, as is the norm these days.  If Panda incorrectly marks a file as infected (a “false positive”) then you can recover it from the Panda Recyce Bin. For network scenarios Panda provide a useful proxy option.

For the privacy concerned, you should know that you pass your scanned file and setup data, albeit anonymously, to ‘the cloud’. This approach means that other users benefit from your detection of malware as do you benefit from theirs. You can opt-out of this but that really does defeat the object, as by doing this you are also opted-out of any cloud based advanced threat management.

I was disappointed to see that it doesn’t scan in archives (zip, rar, 7z etc) by default so you will need to turn this feature on immediately from the settings menu. This is a major fault in my eyes and I suspect this was done because of Panda’s eagerness to have the lightest-weight AV client around and improve the scanning speed.  The inclusion of a Internet Explorer/Firefox Panda toolbar that we didn’t get the option to install is annoying. Hilariously, it incorporates the “Toolbar remover” icon that allows uninstallation of – you guessed it – all other toolbars except the Panda one.

A useful and lightweight antivirus that operates cleverly in the cloud to achieve low resource usage. Has a huge amount of work to do to be able to compete with our current pick of the AV crop Kaspersky Pure, but it’s a sensible free solution for older PCs and those with low RAM , eg XP with 512MB or less.

Internet security packages are often very expensive to renew.  This is why I have invested time and effort to find the best and cheapest way to purchase the latest protection package or renew your existing licence.  I came up with a licence method that works and is up to 80% cheaper than retail price, making it incredibly inexpensive.  This also means that free antivirus packages are really not worth the extra effort with their limited features, nag screens and adverts.

Here are the articles, choose your favourite Internet Security Suite from the list below (in my preferred order):

A fairly common fault is for a Norton product such as Antivirus, Internet Security or 360 to report that your subscription has expired when it hasn’t. This can be due to a number of issues and often occurs after some major Windows updates or when there are problems with the Symantec (Norton) subscription servers.

The best methods to address this I have found are to do these in steps in order. If any one works then you have resolved the problem and need to go no further. Before trying these you will need to be connected to the internet.

1. Try a manual update – Open the main program window (double click on the tray icon or open it from the desktop icon) and do a ‘check for updates’.
2. Restart the computer – This ensures you have nothing that is pending a restart and affecting the definition updates.
3. Force a subscription check – In the main Norton window, click “Support” then click on “Subscription Status”. After the “Subscription Status Check” is complete, click “Finish”. This updates the subscription information of your installed product to the status that is stored on the Symantec (Norton) servers. 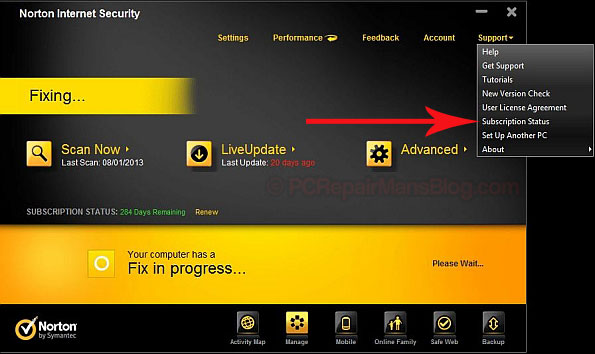 4. If you still have an issue beyond this then you will need to login to your Norton Account and check your subscription status then raise any issue you have with Symantec support. Use the menu “Support” then “Get Support”. If you didn’t create a Norton Account then you can still talk to support, just try to have your serial number handy from the original installation.

AVG Internet Security (full registered product) for much less than you think!

Alternatively, try searching for current offers on all antivirus products in our shop

Here’s a well kept secret….Symantec offer a way to check you have the latest Norton product on your system and they actually give you a free upgrade if not.

If you are running a Norton product such as Internet Security, Antivirus or 360, click here to check for a free upgrade to other versions of Norton.

Save the file to your desktop and run it, it will prompt for action if you can get a free upgrade.

For cheap prices on Norton renewals, take a look at my software store which currently has huge discounts on Norton products