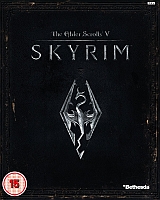 The Elder Scrolls V Skyrim has won the coveted top prize for ‘Game of the year’ at the Spike Video Game Awards in Los Angeles, California. It was only released on November 11, 2011 for Microsoft Windows, PlayStation 3 and Xbox 360 so it has really performed beyond the developers’ expectations.

The Elder Scrolls V: Skyrim, to give it its full title,  won the highly desired “Best role-playing game” with the developers Bethesda Softworks being chosen as the studio of the year too. The  Spike Video Game Awards (SVGA anyone?) honours outstanding achievements solely inside the gaming industry.

Other winners this year include

Skyrim‘s storyline details the main character’s efforts to defeat Alduin, the prophesised destroyer of the world, in the land of Skyrim.

Click here for the best prices on The Elder Scrolls V: Skyrim