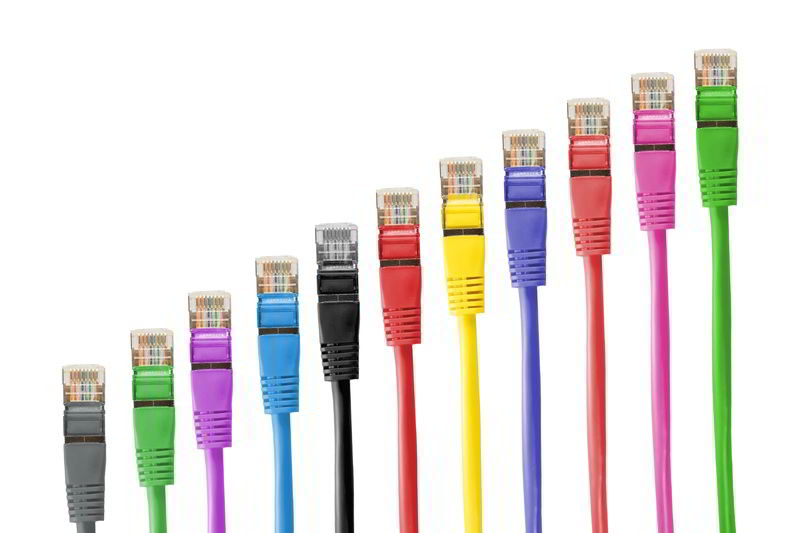 I was asked this question twice this week so thought I’d clarify a few things. Cat 5 and Cat 5e cable (note the ‘e’ for ‘enhanced’) can certainly achieve Gigabit speeds, this is what it was designed for. This is achievable but only when all twisted pairs are used and you have short run lengths. The reality of being able to push Gigabit speeds from other equipment on the line has to be addressed too, don’t focus solely on the cable.

Most new PC equipment over the last few years can do these speeds but there are some new PCI Gigabit network cards that I have tested and they are a way off data transmission at 500Gbps, let alone Gigabit.

Clearing up the terminology

I’ll break here to look at quickly at speed terminology in a little more detail as there is lots of confusion here for non-techy people. First off, let’s define speed and fix a common mistake. Take a speed of “100MB/sec” what does this represent? Well, it means that you achieve 100 MegaBytes per second (important to note the large B in there). Since there are 8 bits in a Byte, we are actually achieving 800Mbps (800 Megabits per second). Got it?

Older Ethernet equipment typically ran at 10/100 speeds. The big jump from 100M bit/sec to Gigabit is accomplished by a few special signal changes that can take additional advantage of the Cat5 cable, so if you already have this installed then you may be in luck. Here’s the caveat though:

Cat 5 cable is typically unshielded twisted pair and it contains four twisted wire pairs. Fast Ethernet (10Base-T and 100Base-T) use only two of these pairs whereas Gigabit Ethernet (1000Base-T) uses all four pairs. “So use all four pairs in my Cat 5 cable and I’ll be OK?” I hear you ask. Well, caveat number 2 is that you need to keep your run lengths down. For most domestic installations you will be fine if you already have Cat5 installed as the run lengths can have little speed difference if kept around 10 metres max length (quoting from my own experience here). If you have longer cable lengths then you need to consider upgrading to Cat6, although you should do a speed test first. Personally, I’d go for Cat7 (Class F as it’s officially called) and get some future proofing in there, especially if starting from scratch.

Do bear in mind also that the quality of the cable can vary, so try to go with one that has good reviews or one from a reputable supplier if possible.

The current 1000Base-T specification only supports 100 metre runs of cabling and to get to the IEEE proposed 10Gb/sec we will definitely require fibre. Even the 10Gb comms across fibre have a suprisingly low limit of just 85 metres.

Cat5e seems to be giving about the most bang for your buck in most countries. I’d estimate that most domestic households won’t come anywhere near the throughput of that for quite a few years to come, but if you have the extra money or want to future-proof as much as possible then Cat7 will be a good alternative.

Hope this helps you to choose your cables!